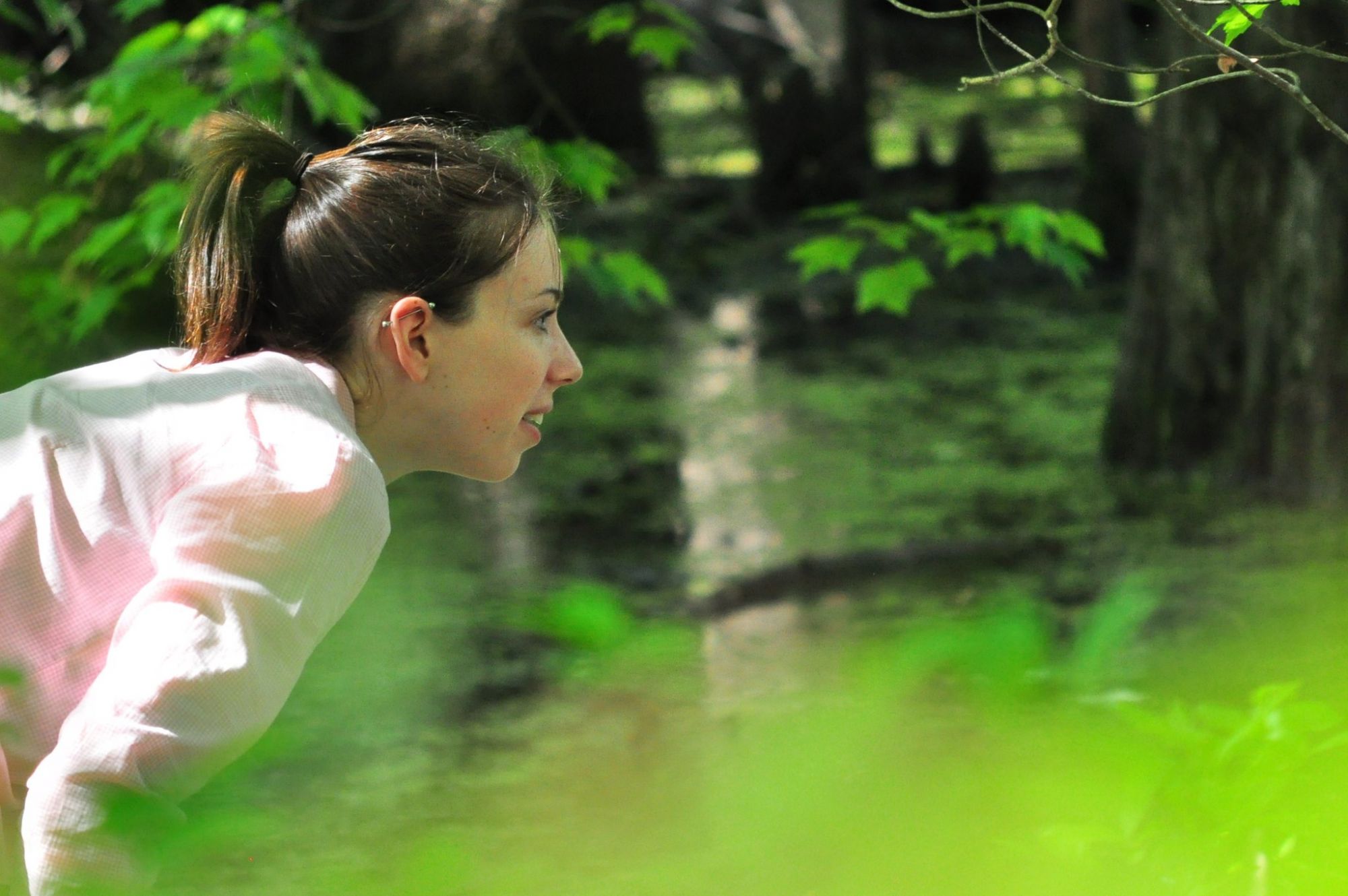 Growing up in Boutilier’s Point, Nova Scotia, Laura Ferguson (’10) says she was lucky to have the ocean as a front yard and a forest in the back. This best-of-both-worlds scenario “definitely contributed to my love of biology,” she adds happily.

Ferguson is representative of many young Acadia alumni doing great work in a broader research community. She is the 2017 recipient of the T. W. M. Cameron Outstanding PhD Thesis Award for her recently completed doctorate at Western University. In May, she traveled to St. John’s, NL to deliver the Cameron Lecture and received the award given annually by the Canadian Society of Zoologists to recognize the author of an outstanding PhD thesis in zoology submitted to a Canadian university.

Ferguson’s success can be traced directly to her time at Acadia, where that magical combination of subject matter and key mentors sparked an interest in insects and entomology.

Ferguson took many courses with Dr. Todd Smith and Dr. Kirk Hillier, and says they were instrumental in inspiring her educational direction. “My research passions really stem from a combination of theirs,” she says. “My love of parasites evolved from classes with Todd, as well as Dave Shutler, and my love of insects came from classes with Kirk.”

Combining her two interests, Ferguson’s undergraduate thesis with Hillier and Smith looked at the effects of blood parasites of frogs and snakes on the behaviour and physiology of mosquitoes, which transmit these parasites.

She expanded her research into an MSc thesis with Smith, defining the life history of the parasite within mosquitoes. Hillier explains that this research was significant because this parasite is closely related to medically important diseases such as malaria and provides a model for examining the effects of parasites on vectors.

As a student, Hillier says Ferguson was always among the top five per cent. “She always made science fun as well. I recall her delivering a senior seminar in my comparative physiology class wearing hip waders and a Sou’wester,” Hillier says.

Smith says Ferguson approached him during a lab and asked if he planned to supervise honours students during a pending sabbatical.

“I hadn’t planned to take on any students, but was so impressed with her intellect and scientific curiosity and was keen to reciprocate her strong desire to work on blood parasites that I completely changed my sabbatical proposal to include supervision of her honours research,” Smith says. He knew within a few weeks of her tenure in his lab that she was headed for great things.

As a student, Ferguson says her professors were always available to discuss ideas and gave her a lot of freedom to explore her own research interests that branched off from their own. This included ending up countless times at Smith’s office, unannounced, saying, “So, I was reading this article and I have an idea....”

“After about the sixth time, I told her that she had to choose two projects for her MSc, and we would have to keep the other ideas for future students,” he says.

In fact, Smith says he and his students have successfully pursued every one of these projects, and now that she is back at Acadia, Ferguson’s penchant for generating novel ideas, complete with innovative experimental design, has benefitted not just Smith’s research, but those of his colleagues as well.

After leaving Acadia, Ferguson went to Western to complete her PhD and is now doing a post-doc with Hillier studying how moth brains perceive different odours – specifically, pheromones that help moths find each other and mate. Ferguson says many of the species they work with are agricultural pests, and much of the research in the lab is geared toward developing alternative pest control strategies.

Ferguson says that not many schools provide such a rigorous honours research program like that offered at Acadia. “I was able to take ownership of my own project and was invited to push myself beyond the level of an undergraduate through challenges such as an oral comprehensive exam and an oral defence of my undergraduate project,” Ferguson says. Her mentors at Acadia provided unparalleled support for undergraduate students and it really nourished the spark she was developing for research.

When her contract ends at Acadia, Ferguson has another post-doc lined up at Dalhousie for September. Her hope would be to come back eventually to Acadia to teach and do research.

In a shout-out to future Acadia biology students, Ferguson encouraged them to “Come on down! You’re going to have the opportunity to study, and perhaps work, with some brilliant minds in an unparalleled setting. You’ll be on a first-name basis with many of your profs; you’ll have hands-on lab and field experiences, which provide such a deeper understanding of biological concepts than solely learning from text. I would encourage you to take a class that you might not expect to like so you can really explore all the different facets of biology,” she says.