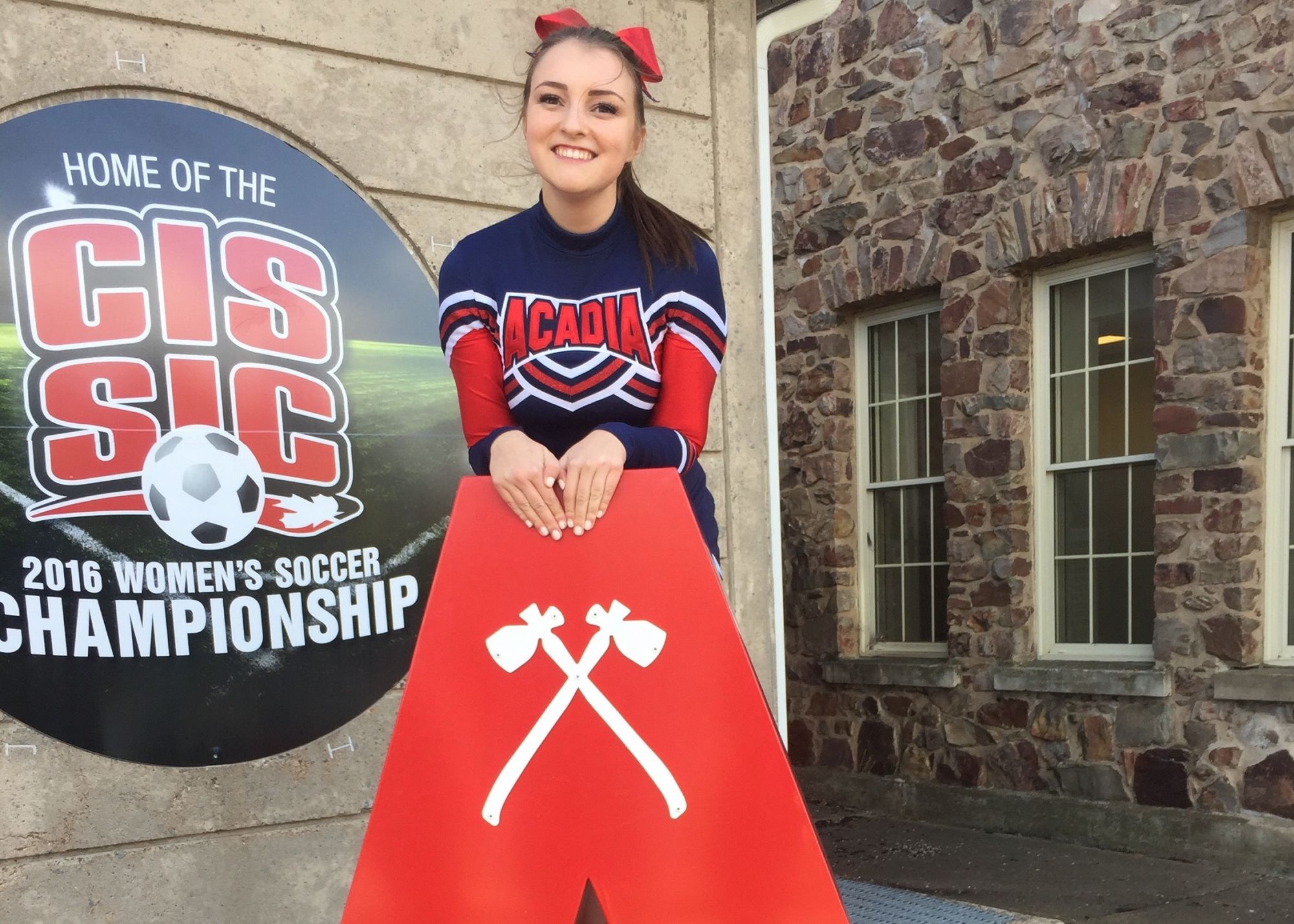 Amy Evangeline Prescott (’18) is a WISE woman, and it runs in the family.

In her first year at Acadia, she joined WISE (Women in Science and Engineering) Acadia, which is a group of female faculty, staff and students who gather together to promote full participation by women in STEAM (Science, Technology, Engineering, Arts, Math) fields.

Dr. Barb Anderson (’77) is Director of the Department of Nutrition and Dietetics and WISE faculty facilitator at Acadia. “Amy,” she says, “has made so many contributions to WISE Acadia that it is difficult to capture them all.” The commitment was so substantial, in fact, that Anderson successfully nominated Prescott for a Golden A award, presented annually to graduating students who have been identified as being outstanding among their peers during their time at Acadia.

It’s a huge honour, but Amy is not the first person in her family to pave the way for women studying science at Acadia. In fact, her great-great aunt, Amy Knight Prescott (’24), for whom Amy was named, was the first woman to graduate from Acadia with a degree in science.

Amy says she didn't find out about that until her first year at Acadia when she attended a WISE seminar and was shocked to hear her name in a presentation about the history of women in science at Acadia!

Anderson says one of Amy’s significant contributions to WISE Acadia that will be sustained long after her graduation was the establishment of the WISE Acadia students’ club, an initiative she organized with support from other interested peers.

Link between science and the arts

Amy says she worked to connect the student body to WISE's activities on campus and helped to identify the initiatives of the student group. Its numbers swelled to over 120 members in just one year, and not only with students in the Faculty of Pure and Applied Science, but including representatives of most departments and schools across campus.

Amy became the inaugural President, managing a variety of WISE initiatives, enhancing WISE Acadia’s social media presence, helping to organize and volunteer at WISE summer camps, as well as taking on roles to assist in the execution of other WISE events held on campus throughout the year.

“Without Amy’s involvement and leadership, I don’t believe our programs and outreach would be as meaningful and extensive as they are today,” says psychology professor Dr. Randy Newman. “As a biology major with a women and gender studies minor, Amy helped form a link between science and arts that led WISE to adopt a STEAM-based curriculum as part of our mandate and programming.”

“Amy’s love for STEM grew into a commitment to STEAM as her experiences within the context of the liberal education offered at Acadia helped her realize that arts are an essential addition to STEM-related fields if we are to solve the major societal, health, and environmental problems facing us today,” Anderson says.

Amy’s grandfather, Tom Prescott (’58), was very close with his aunt, Amy Knight, and says she probably chose to go to Acadia because she lived in Wolfville.

“My grandfather has told me that my great-great grandparents encouraged everyone in our family to obtain some sort of continued education,” Amy says, and that usually meant attending Acadia. Tom is a fourth-generation alumnus.

“My family jokes that my grandfather is an Acadia superfan,” Amy adds. Other Acadia graduates in the family include Prescott’s great-grandfather Ronald Reid Prescott (‘30), great-great grandmother Truth Prescott (’33), her father Chris Prescott (‘84), her uncle Tim Prescott (‘88), and uncle Peter Angus (‘98).

Representation is important, Newman concludes. Amy Knight Prescott altered what women and young girls of her time could imagine studying in university. Fast forward 100 years and it is now normal to have women studying science.

“I believe it was women like Amy Knight and Clara Belle Marshall (1884), Acadia’s first female graduate and one of the first in the Commonwealth, who paved the way for all future Acadia undergraduates,” Newman says.

Amy says she feels honoured to be connected to a legacy of women in science at Acadia. “It shows how the hard work that women of our past put into breaking down barriers has paved the way for the women of today to achieve their goals. I hope that through WISE's work at Acadia, we continue to break down barriers so that all women who come after us can pursue a career in science free of any obstacles or barriers.”