Acadia University, one of Canada’s top 50 Research Universities, ranks third among Canada’s primarily undergraduate universities when it comes to corporate research income as a percentage of its total research income, according to Research Infosource Inc.

Research Infosource Inc. is one of the country’s leading research and consulting firms. The announcement is part of its annual ranking, Top 50 Research Universities, which examines data from universities, corporations, hospitals and colleges. While Acadia is known nationally for its well-rounded liberal arts education, this ranking demonstrates an ongoing commitment to applied research and partnerships with industry.

“Acadia is an effective driver of the economy in western Nova Scotia,” says Dr. Dale Keefe, Acadia’s Provost and Vice-President Academic, noting that research has always been the cornerstone of an Acadia education.

“In recent years, the University has made significant investments in cutting-edge infrastructure and has a range of centres, laboratories and field stations that support our many honours programs and 17 graduate programs,” he says.

Located in the fertile agricultural region of the Annapolis Valley on the coastline of the Bay of Fundy, Keefe added that “Acadia takes its relationship with the community seriously and produces internationally recognized research that supports local businesses and entrepreneurs.” 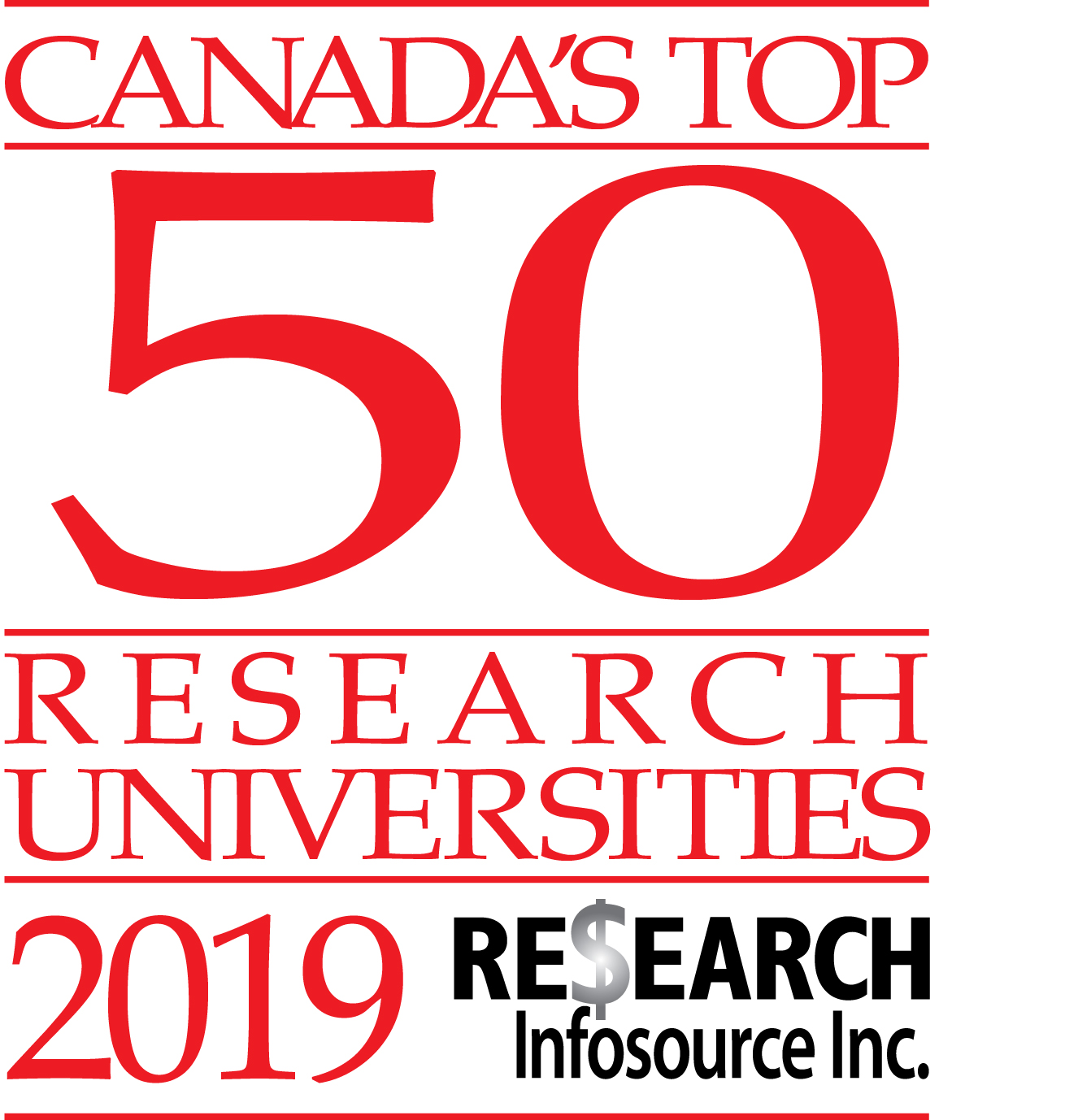 As the primary point of contact with economic development agencies like the Atlantic Canada Opportunities Agency (ACOA), INNOVACORP, Nova Scotia Business Inc. and the National Research Council of Canada – Industrial Research Assistance Program, Acadia’s Office of Industry & Community Engagement (ICE) is uniquely positioned to connect the University’s researchers with industry partners. As a member of Springboard Atlantic (a network of 14 Atlantic Canadian universities and five community colleges), Acadia supports projects across the region in various sectors such as agri-tech, agri-food, and data analytics.

For Leigh Huestis, Director of Industry and Community Engagement, ranking in the top three for corporate research income as a percentage of total university research income is a testament to the hard work that ICE has done over the past decade.

“With the support of Acadia’s faculty, staff, and students, Acadia has become a regional leader in economic development and punches far above its weight,” says Huestis. “There is rarely a dull day as the Office has facilitated partnerships with hundreds of companies – from startups to well-established businesses on a variety of applied research, development, and commercialization initiatives, leading to new products and innovative practices.”

She says it is significant that Acadia students are involved in almost every project, which is ultimately what makes the research achievements so special.

“Our students are attracted to Acadia for the small class sizes and close interaction with faculty,” Huestis says, “and through our ongoing research collaborations with industry, they have access to all the perks of larger research-intensive institutions. The research skills they acquire here are transferrable and prepare graduates for further study and meaningful careers. It truly is a win-win.”