Wolfville, NS April 3, 2017 – John Rogers (’79), Chair of Acadia University’s Board of Governors, today announced the appointment of Dr. Peter J. Ricketts as Acadia’s 16th President and Vice-Chancellor. The enthusiastic endorsement of Ricketts by the Board followed an international search and campus consultation process that began in June 2016. 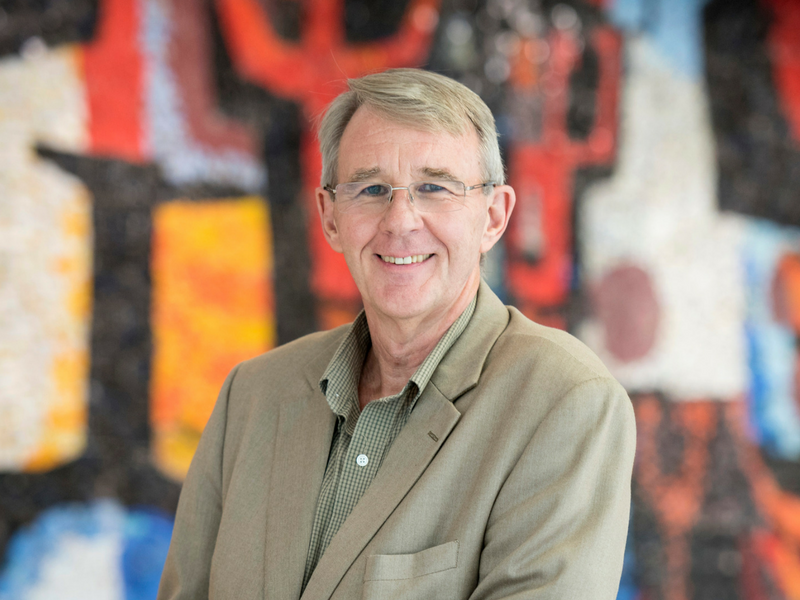 “It’s a pleasure for me to welcome Peter to Acadia and back to Nova Scotia,” said Rogers. “Peter’s commitment to student success, his broad experience in post-secondary education from coast to coast in Canada, and his scholarly work in coastal ecosystems make him an ideal fit for Acadia. He understands Acadia well – our campus community, our important role in Nova Scotia’s economy, and our network of stakeholders and supporters including our worldwide alumni. Our Board is looking forward to working with Peter and benefiting from his enthusiasm for the opportunities ahead of us.”

Ricketts has considerable professional experience in his discipline and higher education advancement. Among his many appointments, he served a record five terms as President of the Coastal Zone Canada Association, where he was presented in 2016 with the H.B. Nicholls Award for Coastal Zone Management Achievement. He has chaired the Internationalization Leaders Network for the Canadian Bureau for International Education and has served as Director of Ontario Universities International since 2012. He has been a member of the Quality Network for Universities for the Conference Board of Canada since 2009 and the Academic Affairs Forum of the Educational Advisory Board in Washington, D.C., since 2010. Ricketts has earned a reputation as a champion of undergraduate and graduate student research, faculty development, entrepreneurship, internationalization, and academic innovation.

“I am excited and honoured to have been selected to serve as the 16th President and Vice-Chancellor of Acadia University,” said Ricketts. “Acadia holds a very special place among Canada’s universities, and it is a truly outstanding scholarly community that is dedicated to providing a rich and personal learning experience for each of its students. I am deeply attracted by Acadia’s dedication to community engagement and the environment, and I look forward to returning to Nova Scotia and working closely with university colleagues and the communities Acadia serves, locally, regionally, nationally and globally.”

Ricketts will officially begin his six-year term in July 2017. He succeeds Acadia’s 15th President and Vice-Chancellor, Ray Ivany, who retires from Acadia on June 30, 2017.

“I want to thank the members of the search committee for their hard work on behalf of everyone at Acadia,” said Rogers. “I also want to extend our enormous gratitude to retiring President and Vice-Chancellor Ray Ivany. Acadia is a tremendous institution with a rich history, and through Ray’s leadership we have strengthened our reputation for excellence in all institutional aspects.”