Sociology offers unique skills to “citizens of our world”

“What are you going to do with a sociology degree?”

Dr. Zelda Abramson smiles when she hears parents ask that question. “The answer is, ‘A lot more than you think,’” says the head of Acadia’s Sociology Department. “We get students who start off in science or business, because that’s what their families wanted, and they end up in sociology because it’s their passion. And education is about passion. It’s about learning. We provide students with amazing critical skills and thinking skills through theory and research methods. They are, in fact, so well prepared for the world when they leave this program that, regardless of what they choose, they become really strong community citizens – citizens of our world. We’re proud of that.”

This year’s Sociology graduates prove her point. One student has won a large scholarship to attend law school. Another is going to Cambridge. A third is at UBC with a scholarship of around $35,000. And a fourth, Vicki Archer, is in medical school at McMaster University. 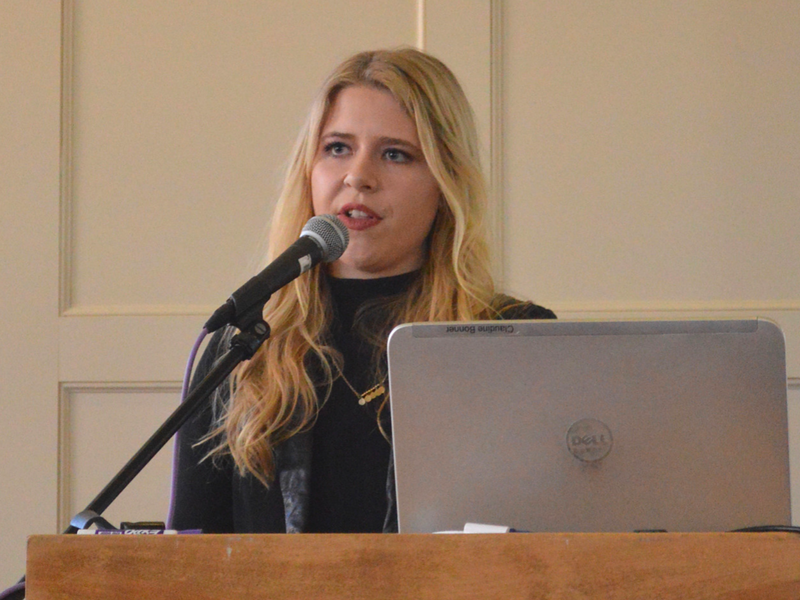 “I think Vicki would say that what made her unique was her sociology degree and her ability to think about healthcare through a sociological lens,” Dr. Abramson says. “She’s articulate, she’s passionate, and I think she has a good understanding of both science and liberal arts and the importance of a liberal arts education. I think it really has changed her life.”

She had planned to focus on biology but took a sociology course as an elective in her first year. On the strength of that course, she added sociology as a second degree.

“That was a very, very good decision,” she says. “My sociology professors cared about me. I had a huge support system to help me academically and socially. They were the most supportive, brilliant and engaged people I’ve ever had the privilege to work with.”

Vicki believes that her sociology degree actually prepared her for medical school more than her biology degree did. “What you learn in medicine is much different from the biology you learn,” she adds, “but what makes you a good physician is knowing how to care about people and knowing about population trends, and understanding that medicine is more an art than a science.”

While at Acadia, Vicki got involved in the Commit Sociology initiative. Events on campus were either led or co-led by sociology students and were open to students, faculty, staff, and the wider community. (The term “commit sociology” was made famous in 2013 by then Prime Minister Stephen Harper, who said of an alleged plot to attack a VIA Rail passenger train that it was not the time to “commit sociology.”)

“We organized discussions about current social issues,” Vicki says. “They were well attended, and we would have either panel discussions or round table discussions.”

Last year, every honours student was required to organize a Commit Sociology event, working in pairs. Students hosted events on such topics as the politics of hate, rape culture, and the refugee crisis in Europe.

Acadia’s kNOw More campaign for sexual education and the awareness and prevention of sexual assault was designed and created by sociology students. The campaign grew out of a Sociology Department survey on hook-up culture on campus that was probably the largest survey of its kind in Canada, Dr. Abramson says.

Vicki credits the Sociology Department for her strong research skills. “That’s where I learned them, from how to form a research question, to the statistical side of it, to writing – the whole circle,” she says. “I learned pretty much everything from my sociology training. And that’s what also got me passionate about research.”

The uniqueness of sociology, in Dr. Abramson’s view, is that it teaches students not only to do research but also to delve into what the results of that research mean. “Basically, it’s giving students a gift of learning,” she says, “a gift of developing transferrable skills that they can take out into the world.”