Steamspace welcomed visitors into Raymond House recently for an Open House. Acadia University professors Dr. Terrance Weatherbee and Dr. Donna Sears were on site greeting visitors, along with SteamTeam volunteers who offered 3D printing demonstrations, a green screen photo booth, 3D item scanner, laser cutting, button making, drone selfies, leather key tag making, and felt flag making. This event was one of the first times the space has been able to open to the public since the beginning of the pandemic.

The conception of the Steamspace

The idea for creating a Steamspace at Acadia University began in 2013. “I had been teaching students about near horizon technologies, technologies that will start to have an impact in the next two, three or five years,” says Weatherbee. “I started looking at what technologies we could bring in to show students how technology is going to impact the workplace in a hands-on way, as opposed to with a picture in a textbook.” A 3D printer was bought for students in Acadia’s School of Business. It made sense to consider creating a space that would allow professors to bring a class in to use the 3D printer for academic reasons or for students to use outside of class.

Sears and Weatherbee recognized the importance of exposing Acadia students to emergent technologies and wanted to create a place on campus where cutting-edge technology was accessible to professors, students, and the wider community. Funding was secured to renovate the Raymond House from the Windsor Foundation and the R. Howard Webster Foundation through the Office of Advancement’s Campaign for Acadia, and student volunteers were recruited to form the SteamTeam.

It was fitting that the Raymond House would be chosen as the location for the Steamspace as the building has historically housed other innovative technology, Sears explains. Built in 1927, the building was named in honour of Clara Belle Marshall Raymond, the first woman to graduate from Acadia University. It originally served as a laundry facility. “There were linen napkins and linen tablecloths in the dining hall, and all the people who worked there had to wear uniforms,” says Sears. “If you were a male student, you had maid service in your residence. With all that laundry, Acadia was cutting-edge as they put in a laundry facility where the print shop is now. It was high-tech because they could wash and dry a load of laundry in a day.”

Unfortunately, COVID-19 delayed the opening of the SteamSpace to the public. “It’s hard to get people clustered around a 3D printer when you have to maintain two metres of social distancing, so we have yet to be fully operational,” says Weatherbee. “It is the antithesis of bringing people together to work on a project.” Despite these limitations, various workshops, events, and projects have been held over the last two years.

At the beginning of the COVID-19 outbreak, the Steamspace 3D printed and laser cut around 200 face shields to be used around the university. Last summer, the 3D printers were used to create the devices to test Wolfville’s wastewater for evidence of COVID-19. When classroom learning moved online, the Steamspace printed over 700 chemical models of crystalline structures to be used by students at home to replace models they no longer had access to in their labs. These innovations could not have been possible without this space, and the help of the dedicated SteamTeam.

Being exposed to these innovative technologies changes the ways that we think. “Giving students these tools changes how they see themselves as active agents in the world and gives them a much greater personal sense of being able to influence the world around them,” says Weatherbee.

Other university makerspaces often are only accessible to engineering students. “We'll be the only makerspace that is open to every part of campus and to the community in Canada, maybe even North America,” says Weatherbee. “That's one of the exciting things about this idea, the collision of ideas and worldviews and backgrounds sparking creativity.”

Undergraduate student Laura Taggart was drawn to space after hearing about the 3D printers. “I was a little hesitant because I’m an Arts major and this isn’t really my domain,” Taggart says. “A lot of the people here are in engineering but then I heard about the sewing machine, and I love sewing and making crafts, and so I joined for that. It’s not just a STEM thing, there is so many things you can make, and I like that I can just come here and don’t have to buy construction paper and scissors.” Fourth-year undergraduate student Bruno Stevaux echoes the convenience of having this space on campus, “I live off-campus and during my three-hour gap between classes I can come here to do my work or work on some personal projects.”

The aim of the recent Open House was to inform the campus of the potential of the Steamspace. Weatherbee anticipates that the space will be fully operational in fall 2022 and members of the public will have the opportunity to sign up for annual memberships.

Follow the Steamspace website and social media channels for updates on events and opening dates. Students wishing to join the SteamTeam can email steamspace@acadiau.ca to learn more. 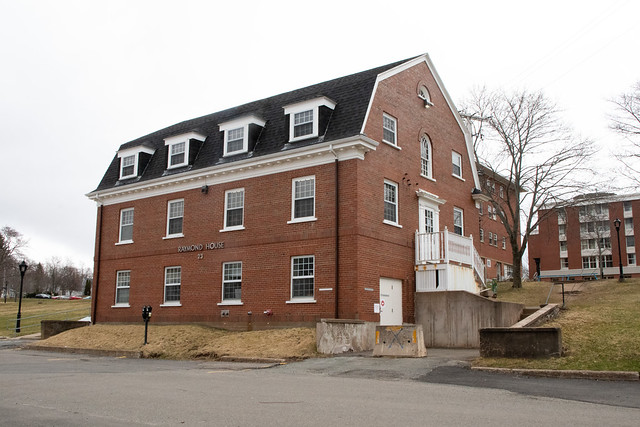