Choosing to study Spanish at Acadia will take you beyond the acquisition of a new language – it will immerse you in another culture and open new opportunities. Spanish is the third most common language worldwide after Mandarin and English, which makes Spanish a popular subject when preparing for international employment.

Spanish is an important language in Europe and the Americas, and it is the second language spoken in the United States. As a student taking a Spanish major at Acadia, you will acquire familiarity with the language, grammatical practices, literature, and culture. The ability to communicate in a different language broadens an individual’s appreciation of other cultures and increases opportunities in the job market. The study of languages also helps you develop stronger communication and critical thinking skills, useful to a wide variety of professions.

Acadia offers small class sizes which improves your interaction with your professors and as well as with classmates inside and outside the classroom. Professors in the Spanish program at Acadia use the newest technology in teaching and learning a foreign language. By the end of your first year of studying Spanish, you will be able to function in a Spanish-speaking environment. You can achieve fluency in both spoken and written Spanish after four years. Emphasis is placed on the communication skills of speaking, listening, reading and writing, and on exposure to Spanish and Latin American cultures. Students majoring in Spanish at Acadia may spend a year of study at the University of La Rioja in Spain in a direct exchange programme or take their year abroad at various universities in Spain or Latin America. Acadia students have studied in Spain at the Universities of Salamanca, Granada, Oviedo, as well as in Cuba, Mexico, and Costa Rica. Students have the opportunity to combine Spanish with another discipline, for example, in the BBA/Spanish program.  Spanish may also be taken as a minor.

Students who have previously taken courses in Spanish should take the placement test in order to determine the appropriate course level.  After completing the test, please contact Elke Willmann at elke.willmann@acadiau.ca so that we can finalize your placement. The placement test and instructions are available online: http://spanish.acadiau.ca/placement-test-spanish.html

First Year at a Glance 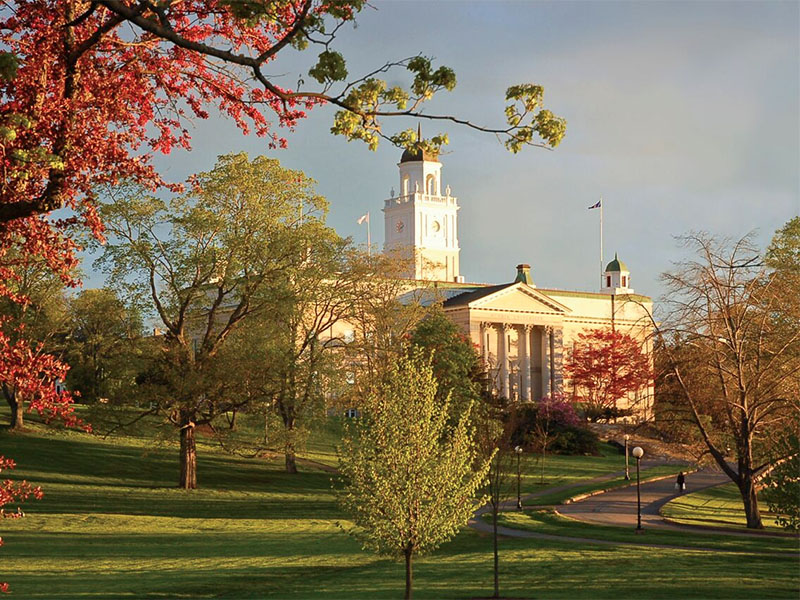 Program of Profiency:
Open to all students, this option prepares you for an internationally recognized certificate in Spanish proficiency.