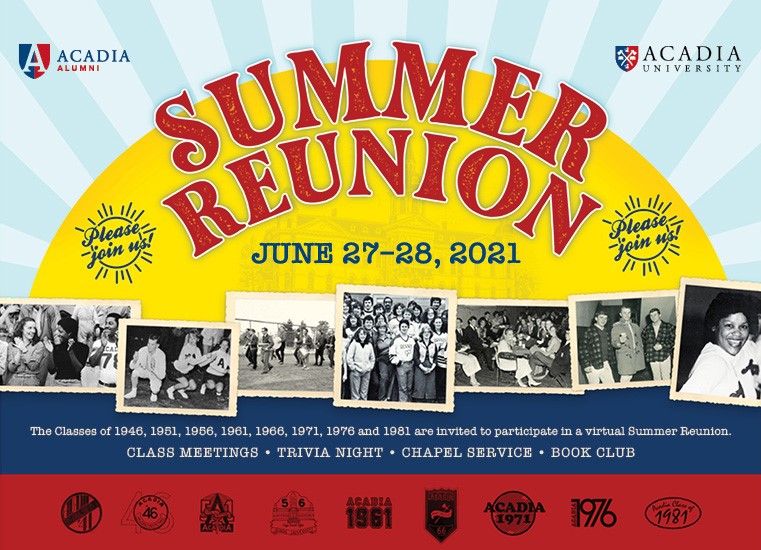 The Classes of 1946, 1951, 1956, 1961, 1966, 1971, 1976 and 1981 are invited to participate in a virtual Summer Reunion June 27 and 28 and enjoy the festivities we have planned. Events will include individual Class meetings, Acadia Trivia, a chapel service with Reverend Dr. Marjorie Lewis, and an opportunity to participate in a virtual book club. We hope you make plans to join us!

This year also marks the 50th milestone anniversary of the Class of 1971. We want to ensure that your Golden Anniversary Booklet is part of the celebration, so we would kindly ask that you fill out our Golden Anniversary Submission form by June 18. Once the submissions are received, we will create a memorable booklet for you and your classmates. You can access the form by clicking HERE. Thank you!

The event schedule is listed below. For more information on the virtual book club, please click HERE.

3:15 p.m.   Acadia’s Campus Tour - Enjoy a slide show of Acadia’s campus and what it looks like today

2:00 p.m.    Acadia Book Club discussion – grab a coffee and join us for a facilitated chat about the novel you chose to read 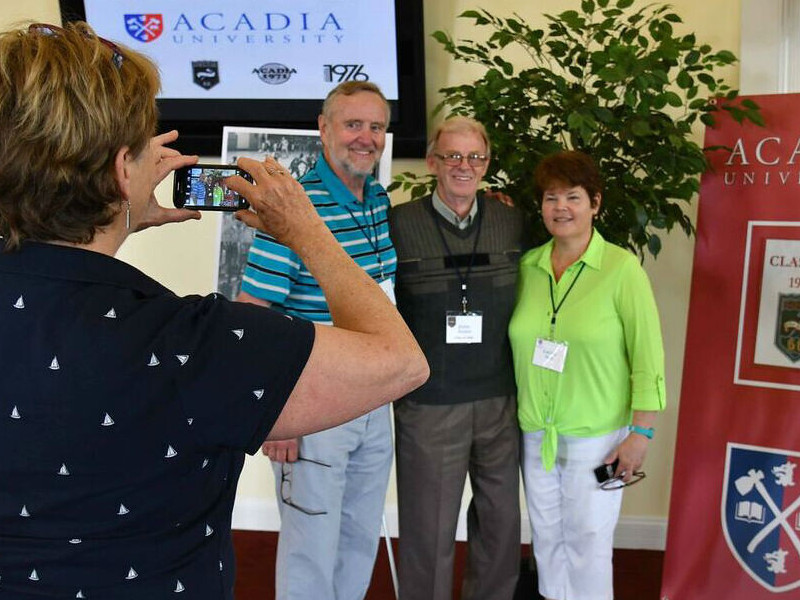 Remember when? The way we were at SUMMER REUNION 2016!