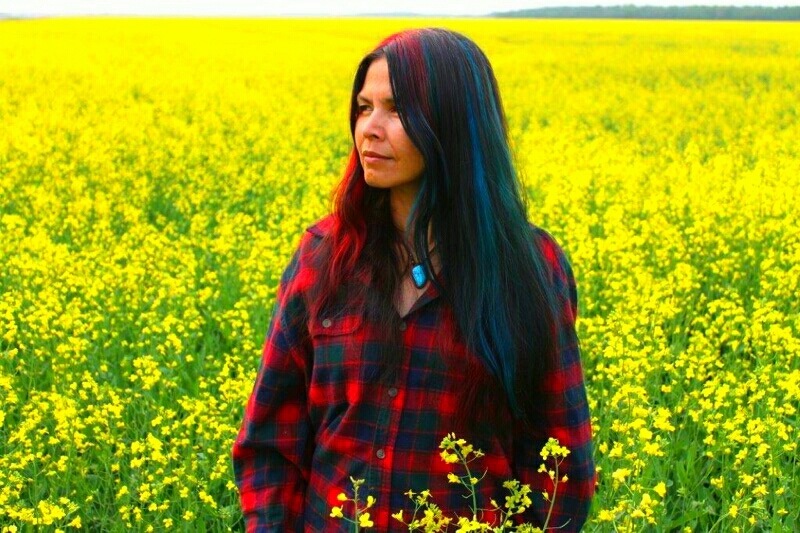 Protecting wild spaces and the Indigenous people who live there has become the life work of biologist and social activist Kimlee Wong (’91).

Wong, who grew up in the Sagkeeng First Nation in rural Manitoba, has experienced environmental hazards and racism first-hand.

“In the summer we used to swim in the river,” she says. “But there’s a pulp and paper mill just upstream. Every so often there’d be effluent plumes, and you could see them. Most of us would jump out, but some of my friends would play games where they’d try to swim under, not realizing they were swimming through them.”

Her first experience with racism was at school in a nearby town. “I was nine,” she says, “and when my cousin and I walked into the classroom, it was like the Red Sea parting, where the kids actually moved away from us. In grade seven I quit school for part of the year because of the bullying – from teachers as well as the students.”

However, she is proud to be from Sagkeeng. “Here I was from this beautiful family, welcoming and loving people, and I had tons of cousins, and we played outside,” she says. “I remember thinking, ‘Why don’t they want to get to know us?’”

Even the nearby hospital had segregated waiting rooms. This was in the 1970s, less than two hours from Winnipeg.

A love for wildlife biology

“I loved Acadia,” she says. “It was one of the best times of my life. Even though I didn’t know anyone, it felt like family. Professors were on a first-name basis with students. You were encouraged to have your own mind and ask your own questions.”

Her thesis advisor and mentor was Soren Bondrup-Nielsen. If not for him, she believes, she would not be where she is today (see Acadia Reminiscence).

“Sherman Boates (’77) was another person who was a great mentor. And Michael O’Brien (’75) was a biology alumnus who supported so many students. At the time, he worked for the government as a wildlife biologist, but if he had space in the helicopter when he was doing aerial surveys, he would invite some of us up. It was incredible.”

Wong completed a BSc in biology with honours in wildlife biology. “I loved working outdoors with the animals,” she says. However, university changed her thinking about wildlife biology. She came to understand that working without considering the political and social climate could result in no wild lands left. “I realized then that I wanted to do something that would help protect these spaces,” she says.

After university, she travelled to southeast Asia, making her way eventually to Malaysia. There she met the founder and executive director of a small Non-Governmental Organization that sought to improve social justice. While working for the NGO, Wong pushed to address the rights of Indigenous people.

“It was mostly the Penan, in Borneo,” she says. “They lived in the jungle in their traditional ways, and the government and corporations wanted their land for timber and hydro-electrical projects for mining operations. The Indigenous people were resisting, but even within mainstream Malaysian culture, their situation wasn’t fully understood. It was like that of Indigenous people in Canada – people considered them primitive and that their lives would be better if they were brought into mainstream culture.”

The power of stories

When she worked for APTN, the Aboriginal People’s Television Network, she produced a documentary called “Civilized to Death”.

“It started off with the social determinants of health,” she says. “In the medical community, it’s more widely accepted now that health is not just what you eat and how you exercise – there’s also the social conditioning in which you grew up. I did the story to break apart some of the myths.” The documentary was well received and has been used in universities and health-related training in three countries.

Late last year, Wong joined the editorial board of Intercontinental Cry, a respected online publication whose mandate includes supporting Indigenous peoples and protecting the diversity of nature through digital storytelling.

Written by Rachel Cooper (’89). Originally published in the Bulletin, Spring 2017.