Sometimes a gift carries with it more than sixty years of love and music.

Such a gift is the new Wilma H. Clark Award(s), to be granted to Bachelor of Music Therapy students, thanks to the generosity of John T. Clark (’52 and DCL ’10) and his family via the J.T. Clark Family Foundation.

The story of the award began on the Labour Day weekend of 1953. Twenty-two-year-old John Clark was attending an end-of-season variety show put on by the summer staff of the Algonquin Hotel in St. Andrews, New Brunswick. On stage was an attractive young woman with a beautiful alto singing voice. John grabbed his friend Gordon Dimock (’53), who was also on staff, and said, “Gordon, you have to introduce me to that person!” The attractive young woman was Wilma Hilton. The following summer, John and Wilma were married. 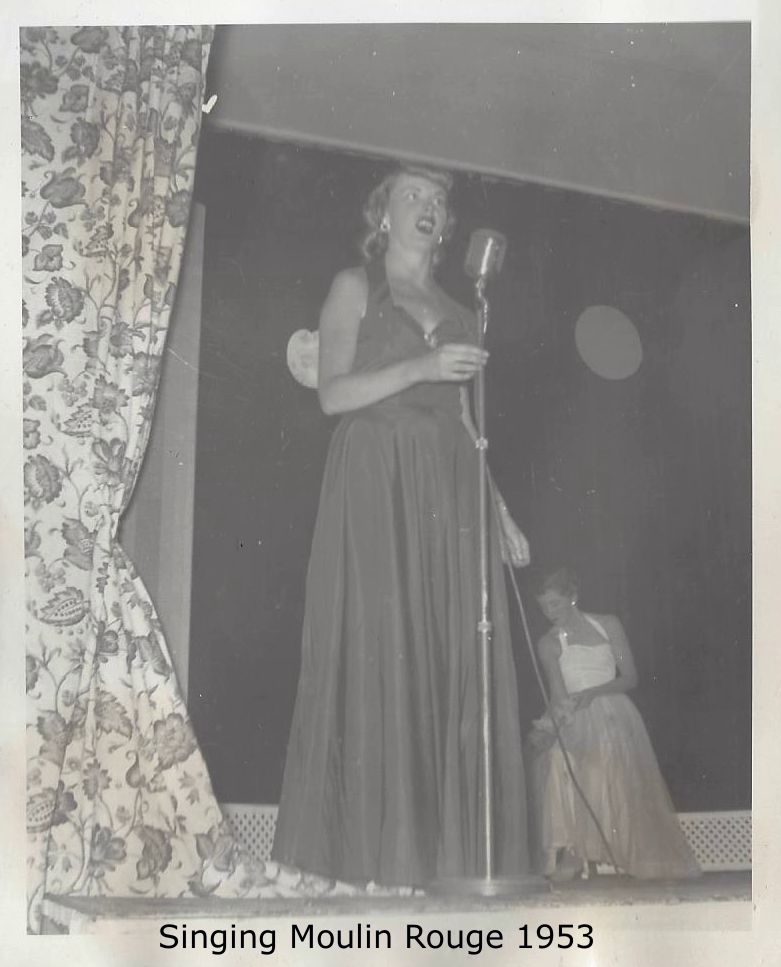 They made a life together for 65 years until Wilma passed away in March 2019.

“Wilma was an accomplished singer, and she loved music,” John says. “In the early 1950s, she sang with the Leslie Bell Singers in Toronto and toured Canada and the US with the choir.” The Leslie Bell Singers, a female choir formed from former students of Dr. Leslie Bell at Parkdale Collegiate Institute in Toronto, was, according to the Canadian Encyclopedia, “perhaps the most popular choir in Canada in the late 1940s and early 1950s,” with regular airings on CBC radio and television.

In late 2018, near the end of Wilma’s eight-year journey with Alzheimer’s disease, she moved to the Passamaquoddy Lodge, a nursing home in St. Andrews. “Every week, a musician would come in to entertain the residents,” John says. “Wilma was only there for five and a half months, and she still loved music and still sang. You could see what a difference music made to her and to all the people with dementia.”

When John learned that Acadia offered a degree program in Music Therapy – unique to Eastern Canada – he and his family knew this was the right program and the right time for them to fund a new award. Through the Foundation, which John and Wilma set up in 2000 and continued funding, he has made a gift to Acadia of $800,000 in Wilma’s memory. The Wilma H. Clark Award(s) will be granted to Bachelor of Music Therapy students in their third year of study who are entering into field placements, initially in multiples of $10,000. 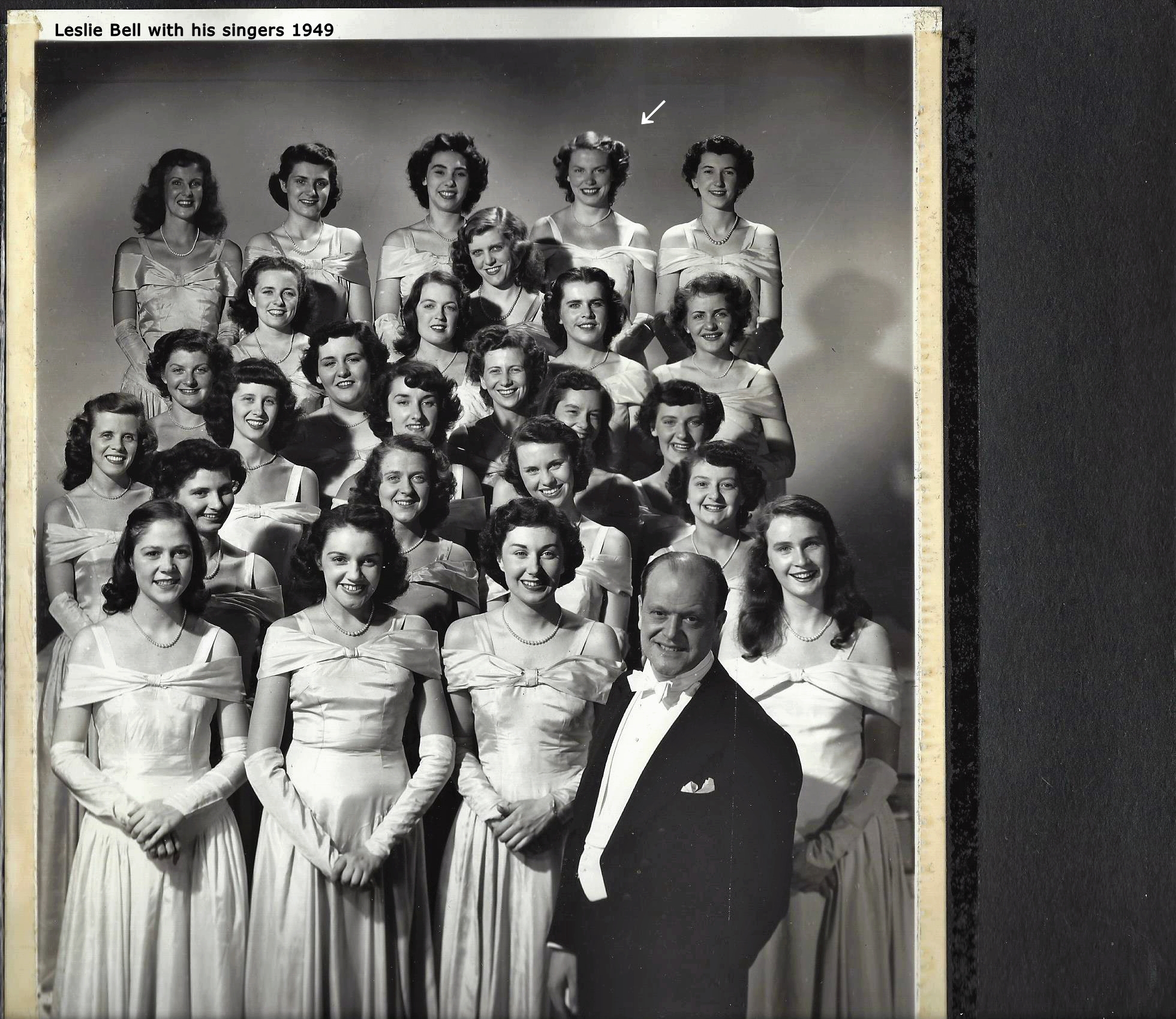 The Clark family has a long tradition with Acadia. John’s grandfather, William George Clark, a Lieutenant-Governor of New Brunswick, served on Acadia’s Board of Governors for many years. He and his wife, Harriet Hannah Richardson Clark, both received honorary degrees from Acadia. John’s aunt, Esther Clark Wright, graduated in 1916, and a family gift helped to establish the Esther Clark Wright Archives in the Acadia library. His father, Alden Richardson Clark, graduated in 1924 and was one of the first inductees into the Acadia Sports Hall of Fame. John’s sister Nancy (’59) is also an Acadia graduate, as are his two sons, John (’78) and Jim (’83). 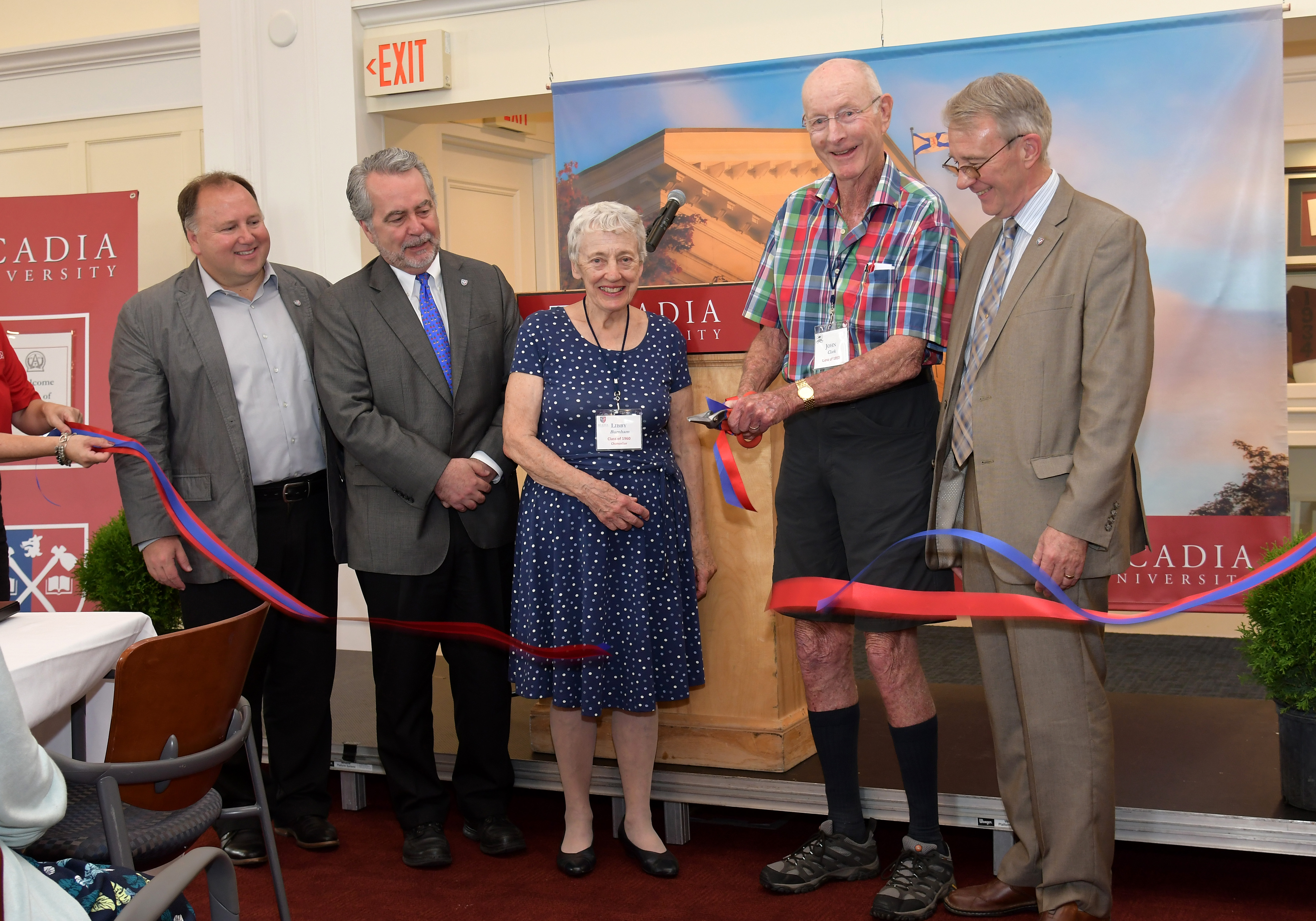 The family’s long tradition with Acadia is also one of great generosity. John’s father established two scholarships. In 2003, the Foundation contributed the entire construction costs for Acadia’s first-ever college commons: Clark Commons opened in 2003 as a recreational and social hub for students. In 2013, John established a scholar-bursary in memory of his old friend and classmate Conrad (Connie) MacNeil (BA ’53, BEd ’54). And in 2017, he was a special guest at the summer reunion for the class of 1952, where he cut the ribbon to officially open the Clark Terrace, which is part of the Wu Welcome Centre.

To John Clark, the value of Acadia lies in its people and the relationships it fosters. “I feel that if I had not had the relationships with people I met at Acadia and the lifelong friendships I made, I would not have been able to accomplish whatever I’ve done,” he says. “Wilma was the icing on the cake.”