Suter joins the LaunchBox, Acadia’s entrepreneurship centre for students on the fourth floor of Patterson Hall, home of the Manning School of Business Administration.

Established in 2014, LaunchBox encourages students of all disciplines to be creative and think “outside of the box” while offering them programming, networking, mentorship, working space, and competition opportunities. It was designed to create a rural-based entrepreneurial ecosystem for students in the region.

"We want every Acadia student to have the opportunity to engage in entrepreneurship at university,” says Brendan MacNeil (’20), Interim LaunchBox Manager. “Whether working with a friend on a project, launching a social media brand, or pursuing a discovery made in the lab, having access to a person with Martin’s experience and skills will be a game-changer for Acadia students."

A return to campus

For Suter, who recently moved to Wolfville after an international career, the new role is a way for him to return to his roots and inspire the next generation of entrepreneurs. He’s excited to be back.

“Simply put, my favourite thing about Acadia has been the people I met (including my wife) and the enduring friendships I made,” he says. “I attribute this to Acadia’s relatively small size and location, where it was easy to meet people and to bond over our shared Acadia experiences.”

Described as a serial entrepreneur and start-up guy, Suter co-founded his first company while a student at Acadia, the campus clothing store Cajun’s, which is still in operation today. Shortly after graduation, he started his career in Beijing and had front-row seats at several technology inflection points.

He spent the mid-‘90s in Silicon Valley, involved in the early Internet, SaaS, and Cloud. In the late-‘90s, Suter was deeply embedded in Microsoft as it transitioned from a workgroup to an enterprise player. Suter helped lay the groundwork for “du,” a telecom company in Dubai. He then spent ten years at the forefront of mobile broadband, rode the front edge of the enterprise social media wave, launched an e-commerce business in China, acquired several marketplaces in Europe and Latin America, and finally helped the North American e-commerce team perform in a post-COVID world.

Suter was an active student at Acadia, elected Life Vice-President of the Class of 1988, and recognized by the Acadia Honours Society for his lasting contributions to the University. He was a three-term Director of the Acadia University Alumni Association and currently serves on Acadia’s Board of Governors.

As the Entrepreneur in Residence, Suter will hold regular office hours on Tuesday and Thursday afternoons and is ready to advise as needed.

Dr. Michael Sheppard, Associate Professor of Entrepreneurship and Innovation at the Manning School of Business Administration, is thrilled to have Suter join the LaunchBox team.

“Martin is an ideal candidate for Acadia’s first EIR position,” says Sheppard.  “Not only is he an experienced entrepreneur with a proven track record both regionally and internationally, but he’s also an Acadia graduate and founder of Cajun’s in the Acadia Students’ Union Building. We are pleased to welcome him home!”

View photos from the Launchbox 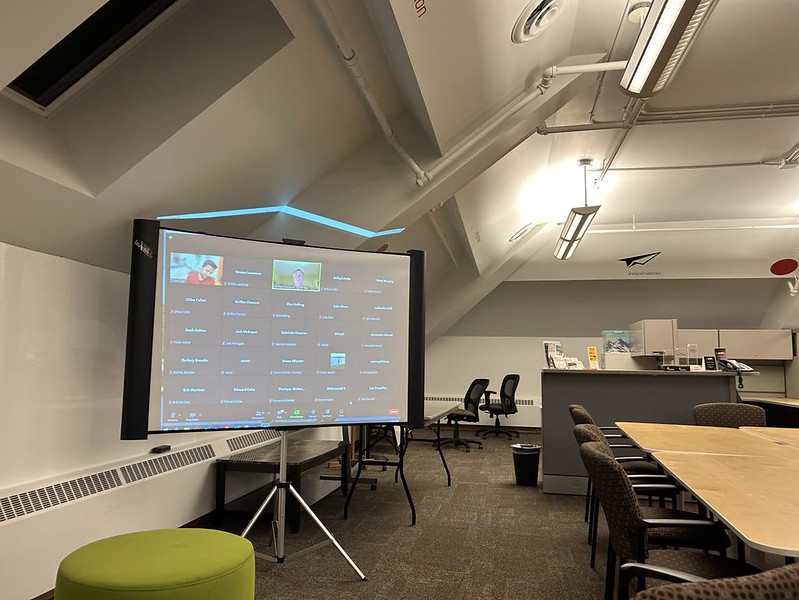