In the challenging situation presented by the COVID-19 pandemic, Acadia University is committed to keeping the health and safety of our students, employees, alumni and stakeholders in the centre of the frame. In responding to unprecedented circumstances, we are following the lead of the Nova Scotia Chief Medical Officer of Health and the Government of Canada. As one element of our broader institutional response and with the well-being of our community in mind, the Office of Advancement and the Acadia Alumni Association must announce the CANCELLATION of this event. 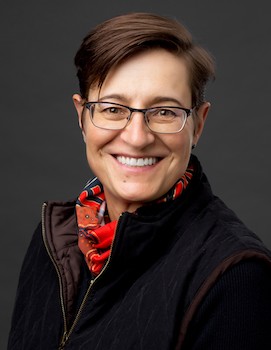 Catharine is a Professional Geoscientist (APGO) and accredited Corporate Director (ICD) with more than 25 years of mining industry experience. She currently serves as a Director of Franco-Nevada Corporation and Centamin plc, is Chair of the Board of Exiro Minerals Corp., and is the inaugural Member of the Advisory Board of Behr Technologies Inc., an Industrial IoT technology company.

She is President of FarExGeoMine Ltd. (her private consulting company), is Chair of the Advisory Board of the Mineral Exploration Research Centre, Harquail School of Earth Sciences, Laurentian University, is a member of Laurentian’s Goodman School of Mines Advisory Board, and has been an Adjunct Professor at Laurentian since 1995. She is also currently is a Program Director of the Osgoode Mining Law Program.

From 2012 to 2017 she was Founding CEO, Director and Co-Founder of TMAC Resources Inc., the first producing gold miner with operations in Kitikmeot Region, Nunavut, in Canada’s High Arctic. Before TMAC, Catharine was COO of KGHM International (formerly Quadra FNX Mining Ltd.). Previously at Quadra FNX and FNX Mining Company Inc., she held multiple senior executive roles in a wide range of disciplines including operations, technical services, corporate development and exploration. Before FNX, Catharine was with both Inco Ltd. and the Ontario Geological Survey.

Catharine has served on the Board of several not-for-profit and government Advisory Boards including the PDAC and the Canadian Breast Cancer Foundation – Ontario Region, and is currently a member of the Ontario Government Mining Working Group in addition to the PDAC Industry-Government (Federal) Roundtable. She has been honoured as one of the 100 Global Inspirational Women in Mining (2015 and 2018), and is a past recipient of the William Harvey Gross Medal of the Geological Association of Canada (2000). Catharine obtained her BSc (Hons) from Mount Allison University, her MSc from Acadia University and her PhD from Carleton University. 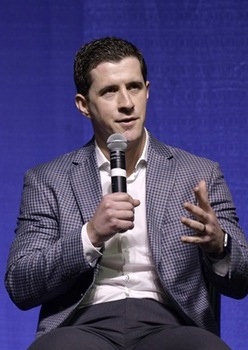 Paul is an assistant coach with the Toronto Maple Leafs’ organization in the National Hockey League. He graduated from Acadia with a BBA in 2010 and worked previously as an accountant and teacher. He was named assistant coach of the OHL’s Oshawa Generals in 2012 and the rest is history.

McFarland played four seasons in the OHL, recording 113 points (50-63-113) in 246 games between the Kitchener Rangers (2002-04) and Windsor Spitfires (2005-06). The left-winger won an OHL Championship and Memorial Cup Championship with Kitchener in 2003 and in his final season with Windsor, he served as captain. Following his OHL career, McFarland played four seasons for Acadia University and was captain for three (2007-10).

A leader on and off the ice, McFarland is a three-time Academic All-Canadian, S.M.I.L.E. volunteer and was twice named Acadia University’s Male Citizen of the Year. The Paul McFarland Award, established in 2010 and named in his honour, recognizes the combination of athletics, academics and community involvement at Acadia.

McFarland’s wife Kelly is also an Acadia graduate, having earned a BA in 2008 and Bachelor of Education in 2010. They have two sons, Cooper and Keaton.

The Alumni Dinner was started by a group of alumni volunteers 18 years ago. Since then, it has raised hundreds of thousands of dollars for financial aid initiatives, varsity athletics and other student programs. We had a great time last year and hope to see you again when members of our amazing alumni community and friends come together to celebrate all things Acadia!