Alumnus Dr. Trevor Jain ('93) will join us to chat about his remarkable career as a physician, trauma specialist and member of the Canadian military. He will also discuss health care issues and concerns that matter to you. 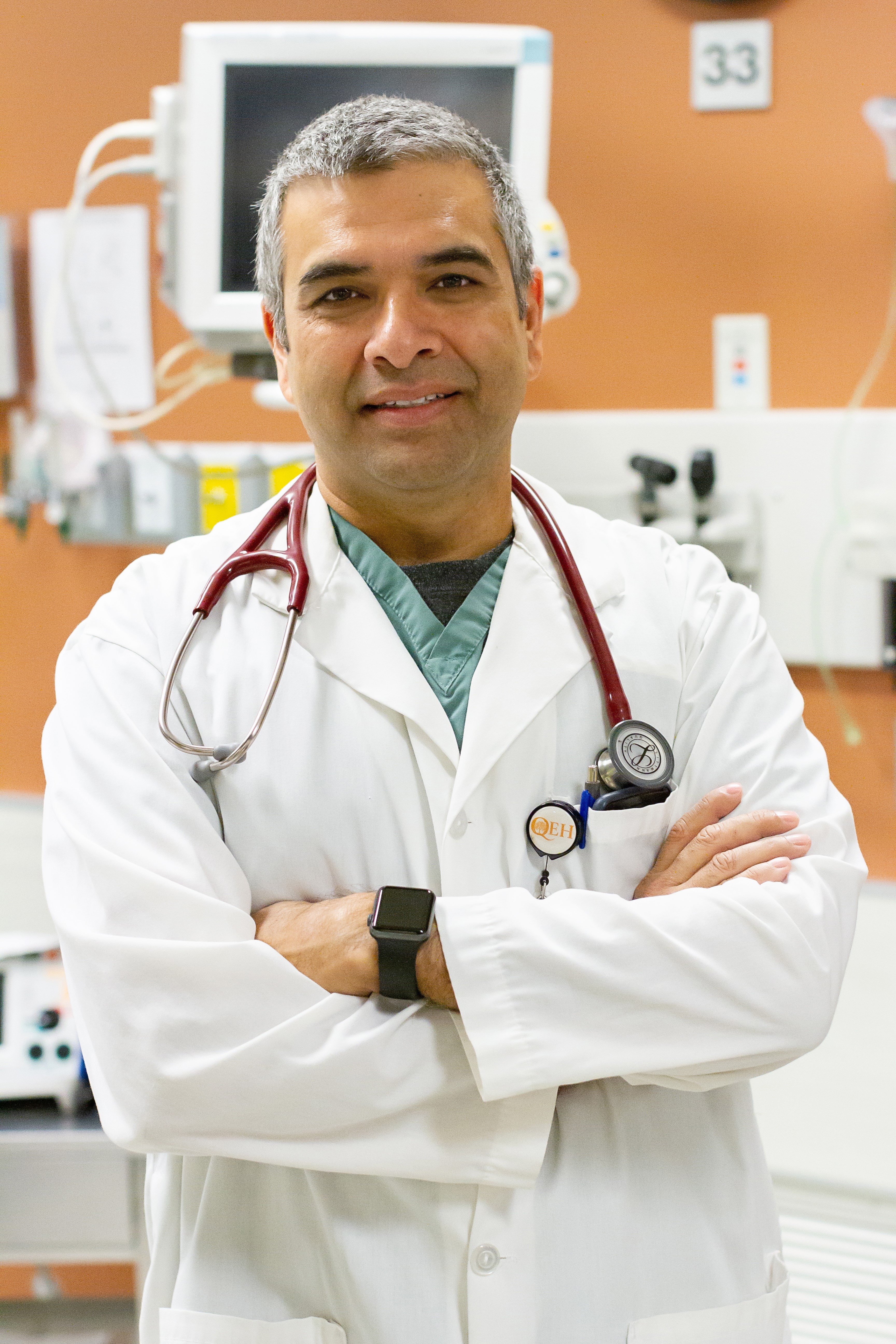 Dr. Trevor Jain grew up in the Annapolis Valley of Nova Scotia, where he earned a BSc from Acadia University in 1993. While still in high school, Dr. Jain joined the Canadian Armed Forces as an infantry soldier. He continued his studies in Halifax, where he obtained his MD from Dalhousie Medical School. During medical school, he was seconded by the military for the Swiss Air Disaster to design, set up and run the morgue as the pathology operations officer. He was awarded the Meritorious Service Medal of Canada for his efforts by the Governor General in 1999.

He attended University of Ottawa, where he completed family medicine residency and joined the Royal Canadian Medical Service branch in 2001. He also completed emergency medicine training at Queen’s University. Dr. Jain deployed to multiple austere locations, providing medical support to both armed conflicts and humanitarian operations. These experiences led him to developing a keen interest in disaster medicine. He completed his dive medicine and flight surgeon qualifications during full-time service with the army. He recently returned from northern Iraq as a trauma team leader.

He was admitted to the Order of Military Merit Officer level by Governor-General Julie Payette, one of five appointed for 2018.  He holds a subspecialty in disaster medicine and is currently completing his PhD in this area. He has taught disaster medicine in Canada as well as Europe and is program director for the BSc in Paramedicine at UPEI.  He is a regular contributor to CBC news on “Talk with the Doc”.