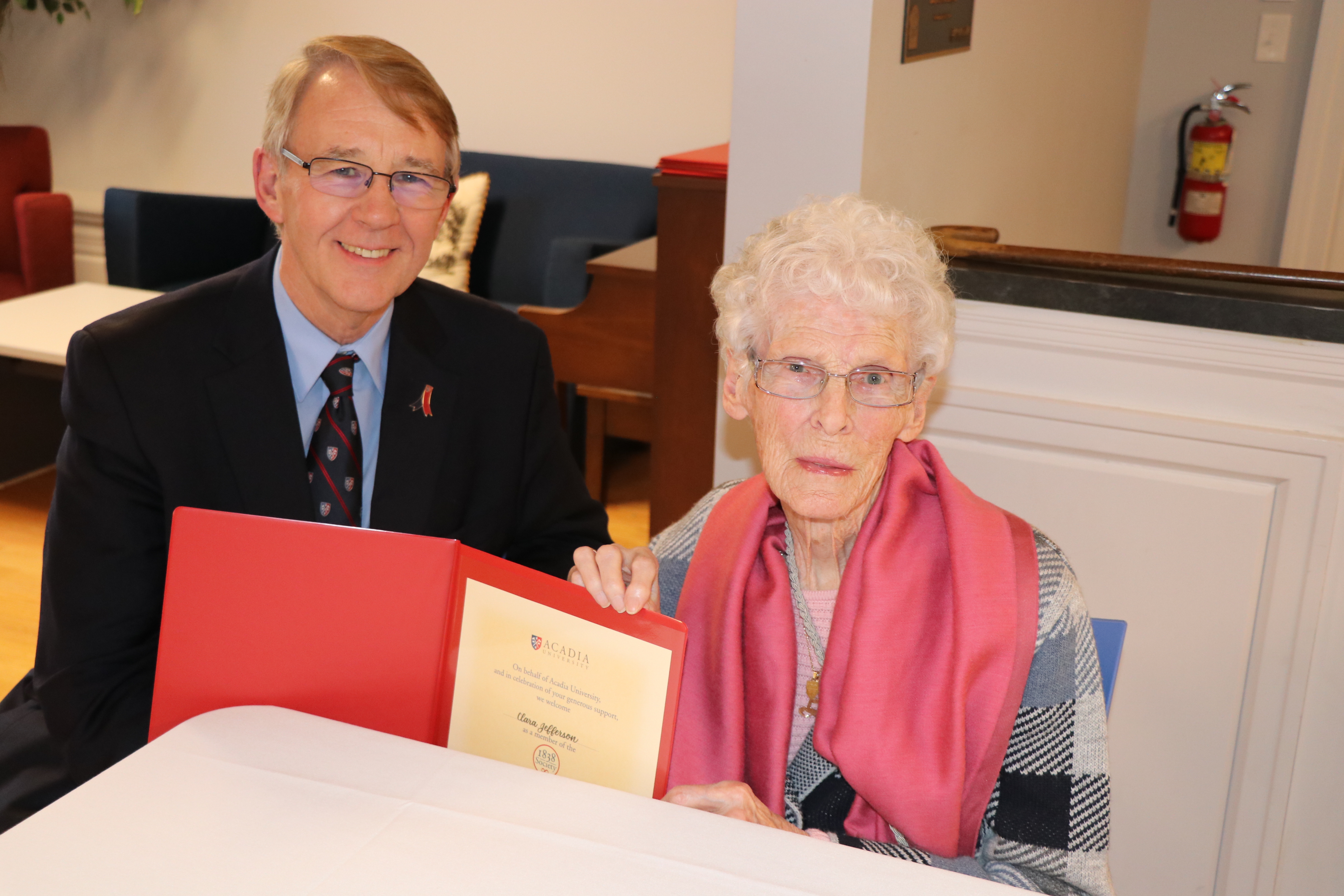 Winners have been announced in the 35th Annual Educational Advertising Awards, and Acadia University has received gold in the Fundraising Campaign category and bronze for its Annual Report to donors.

Acadia’s 1838 Society Legacy Campaign, which recognizes donors who have notified Acadia of their intention to leave an estate gift to the University, earned gold. The Giving Report, a 40-page booklet published by the Office of Advancement in 2019, provided an update to donors on Campaign for Acadia, the most ambitious fundraising initiative in Acadia’s 182-year history.

Acadia’s former Chancellor Libby Burnham (’60) applauded Acadia’s initiatives, noting that, “giving is worth it. I have seen first-hand the difference that the generosity of alumni and friends can make. The 1838 Society is a also a great way to extend appreciation to individuals who care about Acadia.”

Jack MacDonald (’69) wrote to Acadia’s Office of Advancement recently after receiving his 1838 Society certificate to say, “I am very happy to be in a position to ‘give back’ to Acadia for the role it played in my career and life.”

This kind of grass-roots philanthropy and alumni support has been a foundational pillar of Acadia University’s historic $75-million Campaign for Acadia. The Campaign is currently in the second year of its public phase, having launched in October 2018. The Giving Report, released last fall, celebrated the Campaign’s successful first year by applauding the generosity of donors in support of Acadia’s students, programs and campus infrastructure.

Acadia’s Vice-President, Advancement Dr. Rod Morrison said the awards “were a wonderful acknowledgement of our personal commitment to keeping our benefactors informed and up-to-date, and celebrating the impact of their support. People like Libby Burnham and Jack MacDonald are tremendous ambassadors and exemplify the spirit of giving that is so important to our students and our University now and in the years to come.”

The Educational Advertising Awards is the largest, oldest and most respected educational advertising awards competition in the United States. This year, over 2,350 entries were received from over 1,000 colleges, universities and secondary schools from Canada, 50 states in the US, and several foreign countries.

Judges for the Educational Advertising Awards consisted of a national panel of higher education marketers, advertising creative directors, marketing and advertising professionals, and the editorial board of Higher Education Marketing Report, which sponsored the competition.

Acadia is proud to have been recognized by this organization two years in a row for marketing efforts in support of the Campaign for Acadia.