Candina Doucette (’17) is emphatic when describing the impact of receiving the Jane’s Again Bursary on her first year in Acadia’s BEd program. She began the two-year education program last fall, right after completing a BA in history.

Doucette is the first recipient of the bursary, which was established in 2017 by Jani MacDonald, owner of Jane’s Again, a women’s consignment clothing store in Wolfville. The $5,000 bursary is awarded to a female student who is a parent. 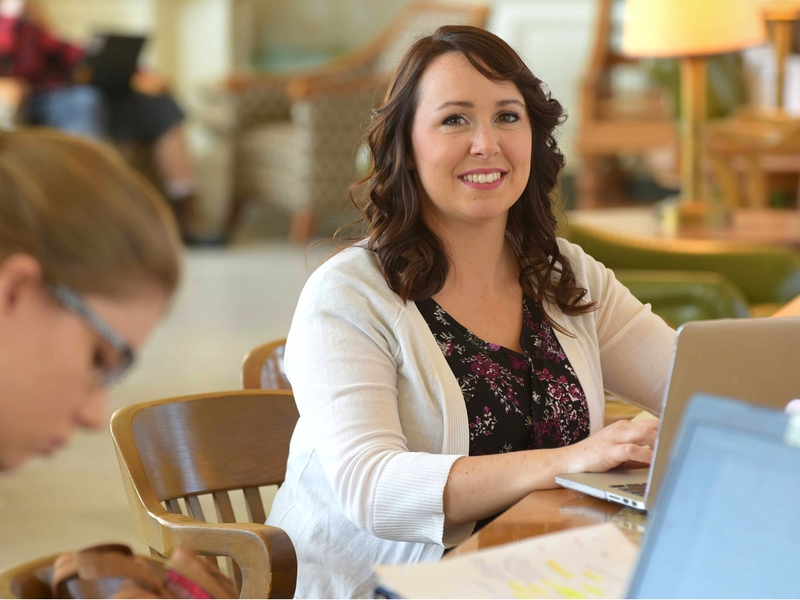 “I was over-the-moon excited to get the bursary,” says Doucette, who lives in Digby with her husband, Emile, and their two young children. “It has meant so many things for my family. This is my fifth academic year, so we have a lot of debt. I’ve been working part-time jobs and was considering taking a year off between this year and next to save up enough money. The bursary has alleviated that pressure; this year is covered. I can focus on getting next year paid for, powering through and finishing my degree.”

From idea to reality

The idea for the bursary arose at a Jane’s Again staff meeting. Ashley Boyd, an employee who is an Acadia student and a mother, said she wished a scholarship existed for parents. MacDonald replied, “Well, why can’t we do that? Let’s do that!” The staff agreed, and MacDonald connected with Nancy Handrigan (’92), Acadia’s Executive Director of Philanthropy to make the bursary concept a reality.

“Acadia is very dear to us because of all the students who frequent Jane’s, who partner with us, and who are embracing this second-hand movement,” MacDonald says. “Jane’s has a business model that allows us to do a lot of giving back. If our partners – the women who bring in clothes on consignment – bring us items we can’t use, we sell or donate them. We’ve donated tons to charitable organizations such as the Flower Cart Group and Open Arms, but we’ve contributed to many more, including the S.M.I.L.E. program, the food bank, and the l’Arche rebuild.” 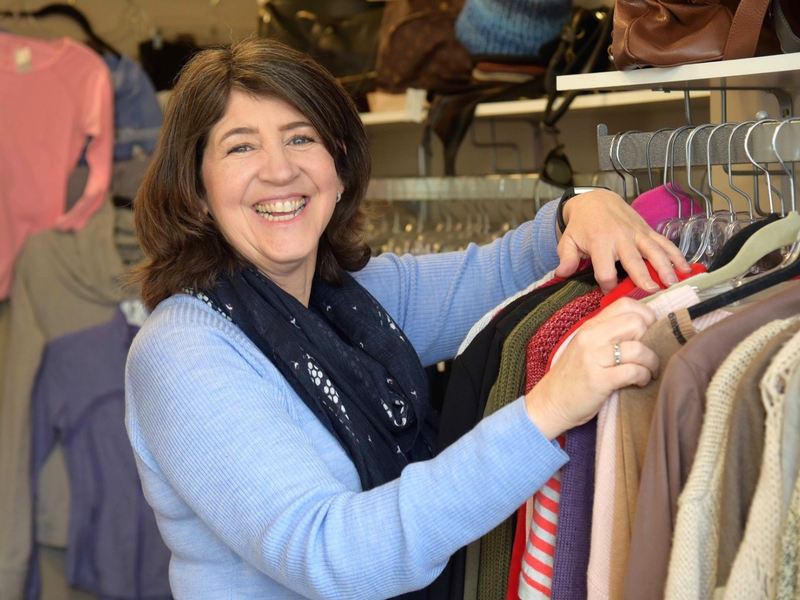 MacDonald believes the Wolfville business community is lucky to have Acadia here. “I think Acadia is a stellar university, and it brings so many great kids to our community,” she says. “What would we be without Acadia? I think all businesses should acknowledge that, because we all benefit.”

When Jane’s Again posted a photo of MacDonald and Doucette on Facebook to celebrate the bursary, the response was immediate. “We’ve had nothing but positive feedback,” MacDonald says. “Absolutely, overwhelmingly positive. We’ve even had women drop off bags of clothes and say, ‘Put this toward your bursary.’”

A culture of support

The bursary is especially important to Doucette because of the challenges of pursuing an education while raising a family at the other end of the Annapolis Valley. Travelling from Digby to Wolfville four or five days a week – a three-hour round trip – can be difficult, and if the weather is bad, she is sometimes away from home overnight.

“I couldn’t have done it without a supportive partner,” she says. “Teaching is something I’ve always wanted to do, but I felt it was out of reach. My husband said, ‘If you’re willing to put the time and effort into it, I will pick up the slack on the home end. We will make it work.’ And we have. Emile runs his own business, and he keeps the house clean and gets the kids ready for school.”

“Everybody I know who attended Acadia loves it, and I wanted to be part of that kind of culture,” she says. “Acadia has such a small feel, where you know everybody, and the professors know you and treat you like a colleague. Their support has been very important to me. But at the same time, you have a lot of opportunities here.”

She underscores her gratitude to Jane’s Again. “This is so amazing. ‘Thank you’ just doesn’t seem to be enough.”

Named student awards can be created at Acadia University for less than $100 a month, making an incredible impact on our students. To discuss your options, please contact Nancy Handrigan (’92) at 902-585-1042 or nancy.handrigan@acadiau.ca